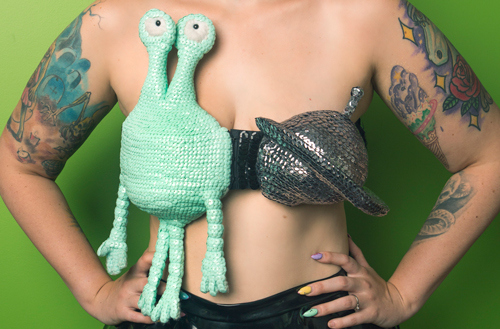 My entry in the Bizarre Bra section of the 2016 World of Wearableart: A-cup and Saucer. The pun title is my favourite bit of it. Obviously it is an alien and a flying saucer in the night sky. Special thanks to the amazing Cara from Kawaii Klaws for modelling g

This year I went a bit ‘crazy’ and did not use a base bra. Each element has been crocheted, with every sequin hand sewed in to place. It did take quite a long time to make, and I thank you for asking. I can now sew on sequins like a demon. In fact I quite enjoy the process. Just like crochet, I find the repetitive aspect of it quite soothing. Yes, also frustrating, time consuming and sometimes painful (when I stitch into my finger). Enjoyable through all that though none the less. 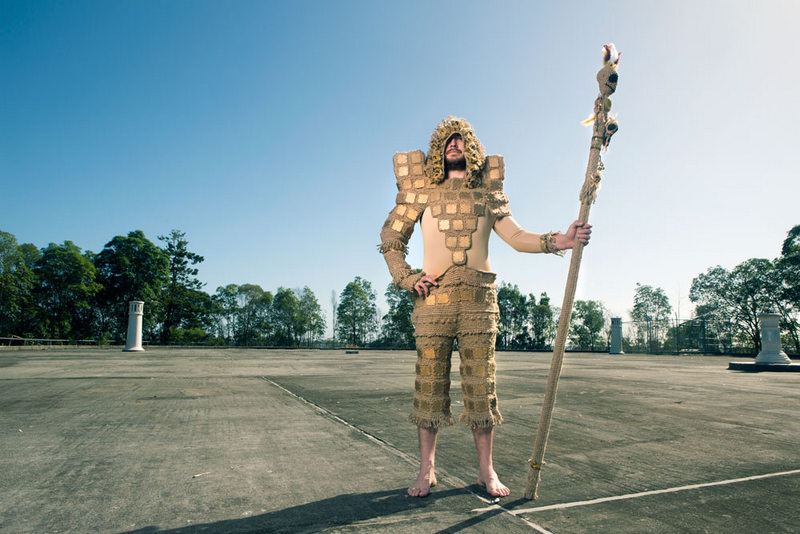