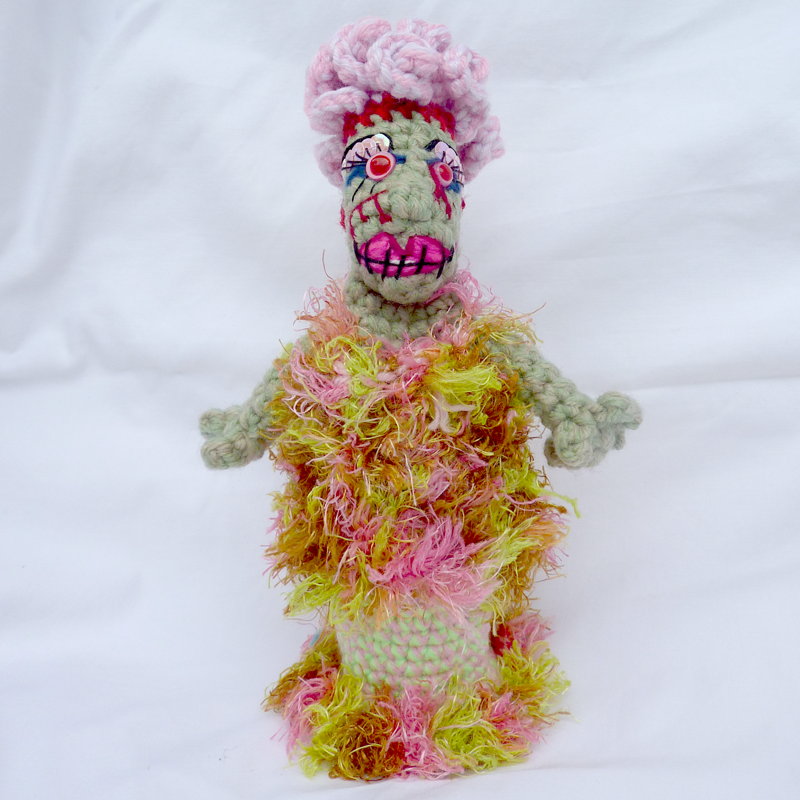 It is well and truly time that I developed some new pieces to add to my suite of creepies who haunt my cube space. After making the Jinkx and Trixie dolls, an idea began to bubble in my head. It should have been obvious. It wasn't. It has become a real-life thing and you can now find zombie dragbots aka drag queen dolls at in.cube8r gallery in Fitzroy. The zombie queens developed after making several humanesque drag queen dolls. They have also made the journey south - hopefully with brains intact - and are also available to purchase. I'll see how they are received, but really hope that it's positive as I really enjoy making them.
*** As I was adding the product information to my online stock list, I note that the middle queen in pink (above) has been purchased. A good sign that I will get to make more!
Categories: Amigurumi, Crochet, Drag queen, in.cube8r, Zombie
Leave a Reply Cancel reply